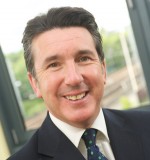 Previoulsy he was Chief Executive of ICAS in October 2006. Prior to this he was the Chief Executive of the Scottish Qualifications Authority (SQA), from 2003 to 2006. He was elected Chair of the Global Accounting Alliance in 2011. Anton became an Honorary Professor of Education at the University of Glasgow in 2012. He is a Council member of CBI Scotland and a Trustee of Columba 1400. He is also Chairman of the Scottish Council of Independent Schools.  Anton trained as an RE Teacher and was Depute Head Teacher of St Margaret Mary’s Secondary before joining the SQA.  He is married with four children,

I wish to make a donation

or
This website uses cookies to improve your experience. We'll assume you're ok with this, but you can opt-out if you wish.Accept Read More